The deputy leader of Great Yarmouth Borough Council today met Roads Minister Richard Holden during his visit to the town. 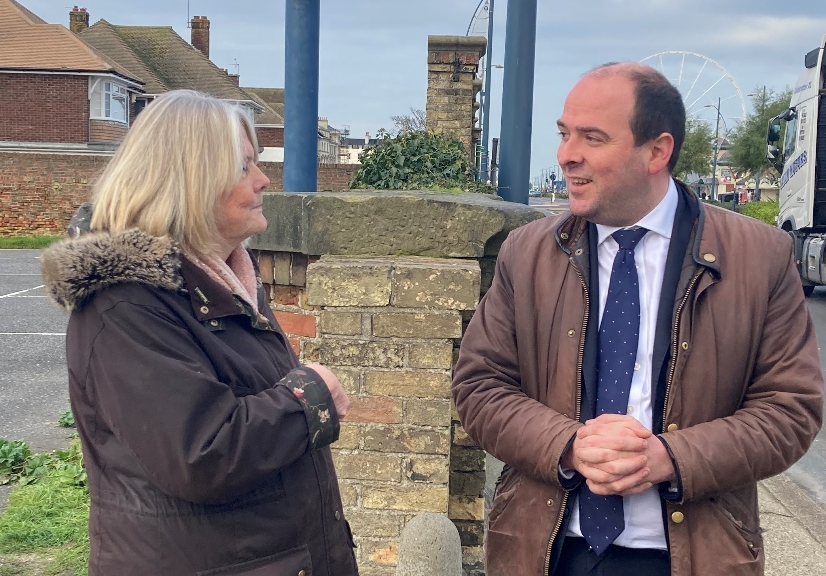 Mr Holden took time to see the new 'noise camera' being trialled on the town's seafront and Councillor Penny Carpenter explained why the camera was important in efforts to tackle the problems caused by a small number of irresponsible drivers.

Cllr Carpenter said: ''The effect of anti-social behaviour on our residents and tourism economy is something we have been keen to deal with, so I am very supportive of this new initiative and hope the trial is successful. The cameras potentially offer us another tool as we seek to do the best we can for our communities.

''Having the trial in Great Yarmouth is very welcome for all of us, particularly those residents who live in the area. Now we are hoping the Public Space Protection Order (PSPO)  - introduced with the help of local ward councillors and council officers - which has worked extremely well, will be renewed.''

During Mr Holden's visit to see the new Third River Crossing and see the noise camera, a council spokesperson said: ''We have focused on trying to improve the quality of life for residents and visitors who are affected by the small number of people who drive in an unacceptable way.

''Since 2017, the council has had a PSPO in place to tackle anti-social behaviour associated with a small number of the car enthusiasts who meet on the south part of the town's seafront. While there are a significant number of enthusiasts who gather there to socialise and display their vehicles, there are - unfortunately - a small number who engage in wheel spinning, loud revving and playing of loud music.

''The PSPO allows police and council officers to tackle anti-social behaviour and act as deterrent. Innovative technology like this new noise camera can only assist in our efforts and we hope the trial is successful.''

The road camera has been designed to identify and track drivers who break the law by revving engines and using modified exhausts and is being installed in Bradford, Bristol and Birmingham as well as Great Yarmouth,

The new technology uses a video camera in conjunction with a number of microphones to accurately pinpoint excessively noisy vehicles as they pass by. The camera takes a picture of the vehicle and records the noise level to create a digital package of evidence which can be used by police.

Road noise is known to contribute to health problems, such as heart attacks, strokes and dementia, and the annual social cost of urban road noise, including lost productivity from sleep disturbance and health costs is estimated to be up to £10 billion.

The trials, backed by £300,000 of Government funding, are taking place after the Department for Transport launched a competition to identify areas to host the cameras after extensive testing at a private test track facility took place to perfect the technology.

Atkins-Jacobs Joint Venture is acting as a technical consultant for the trials, providing acoustics expertise, design, modelling and asset management. The noise camera is designed and developed by MicrodB.