This year's Holocaust Memorial Day civic ceremony will take place on Friday, January 27, at the Jewish Cemetery on Kitchener Road. The service is held on that date each year to mark the liberation of the largest Nazi death camp, Auschwitz Birkenau, in 1945. 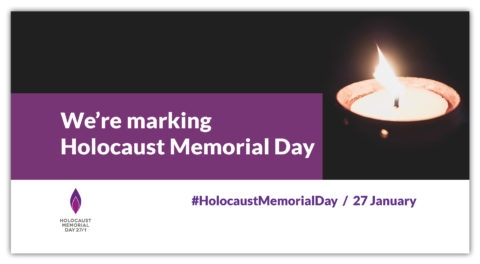 Rev Canon Simon Ward of Great Yarmouth Minster will lead the ceremony, which begins at 11am with attendees asked to arrive by 10.50am. The commemoration service will include a two-minute silence, followed by the Mayor of Great Yarmouth, Cllr Graham Plant, laying a wreath on behalf of the residents of the borough.

For those wishing to pay their respects in private, all three of the borough's Jewish burial places, including Caister Borough Cemetery, off Ormesby Road, and Blackfriars Road Jewish Cemetery, will be open from dawn to dusk on the day.

The theme of this year's Holocaust Memorial Day is "Ordinary People", highlighting those who let genocide happen, who actively perpetrated genocide and those who were persecuted.

Cllr Plant, Mayor of Great Yarmouth, said: "As a community, it is important we acknowledge the event of Holocaust Memorial Day as it gives the borough the opportunity to pay our respects and empathise with those who lost their lives in the Holocaust.

"The theme this year also encourages us to consider how ordinary people, such as ourselves, can play a bigger part than we might imagine in challenging prejudice today."