The council is asking for public feedback about the borough's e-scooter trial following the announcement that it has been extended to May 2024. 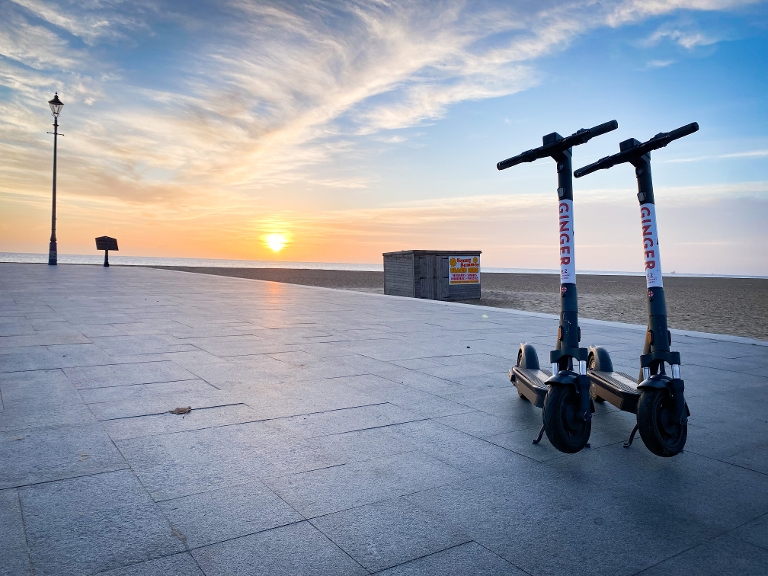 Back in 2021, Great Yarmouth Borough Council partnered with authorised e-scooter operator Ginger to offer residents and visitors a greener alternative way to travel within the borough.

When the trial initially began, it included 35 e-scooters across 50 parking bays but due to demand and popularity, the fleet was increased to 70 scooters and an additional 15 bays were added. Journeys are hired via the Ginger Shared Transport app, costing just £2.20 per 20 minutes.

The Department for Transport (DfT) has now announced that all e-scooter trials have been extended to  May 31, 2024. The extension is restricted to existing trial areas only and will allow DfT to gather further evidence where gaps are identified, building on the findings of the current evaluation.

Cllr Paul Wells, chairman of the environment committee, said: "The extension of the e-scooter trial means our residents and visitors can continue to have a greener way to travel through our borough."

Ginger has also extended its free rides programme for the NHS, Emergency Service workers and the Armed Forces - which was originally set to close in December 2021 - that allows two free journeys per day as a 'thank you' for their dedicated work. The campaign has been extremely successful so far, having provided free journeys to more than 1,000 key workers nationwide.

To help support issues around inclusion and access for 16-18-year-olds, it was agreed that the trial would include this age group to give a cheap, convenient, green form of access for commuting to college and/or work. The first time they ride, the user must photograph their licence, and submit a selfie with it.

Residents wanting to leave their feedback on the e-scooter trial can do so online.